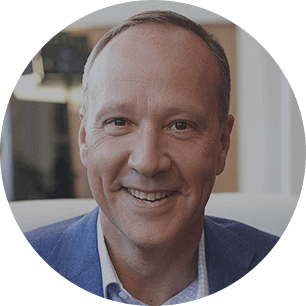 Andrew Gray founded Potentia in 2014 and has been actively sourcing and investing in software, technology and tech-enabled services businesses since. He is also currently serving as Executive Chairman of Ascender (formerly Talent2 HRMS) and Director of Micromine, PCEftpos, Education Horizons, ORBX and PKS.

Before founding Potentia, Andrew Gray was a Managing Director of Archer Capital, where he led the highly successful acquisition and divestment of MYOB and served as a Director of iNova Pharmaceuticals and V8 Supercars.

Before returning to Australia in 2008, he was a partner with US technology firm Francisco Partners, where he founded and lead, their European activities based in London. Andrew Gray led numerous transactions while at Francisco Partners including investments in software firms Mincom, Aderant, Ex Libris, Endevaour Systems, and defence semiconductor manufacturer, CMAC MicroTechnology. Before Francisco Partners, Andrew Gray co-founded software firm Abilizer Solutions in San Francisco and London (sold to BEA/Oracle). Earlier in his career, Andrew Gray was also a principal at Genstar Capital based in San Francisco, an investment banker with James D. Wolfenson, and a consultant with McKinsey & Company.

Andrew Gray holds a Bachelor Degree with First Class Honours in Aeronautical Engineering from the University of Sydney and a Masters of Business Administration from Harvard Business School. 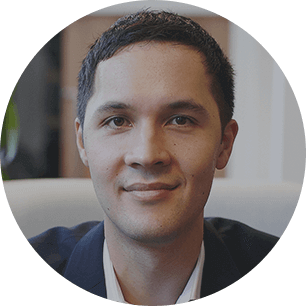 Michael is Director and SVP of M&A of Ascender and has been an Investment Director at Potentia since January 2015. Prior to Potentia, Michael was an Investment Manager at Archer Capital for three years where he was involved in a number of successful transactions including Allity Aged Care (previously Lend Lease Primelife), the bolt-on acquisition of ECH Aged Care and the sale of Ausfuel. Prior to joining Archer, Michael was Associate Director at UBS Investment Bank in Sydney where he advised on over $5bn of transactions in the General Industrials, Infrastructure and Utilities sectors. Michael holds a Bachelor of Commerce (First Class Honours and Valedictorian) and a Bachelor of Laws (Distinction) from the University of Western Australia. 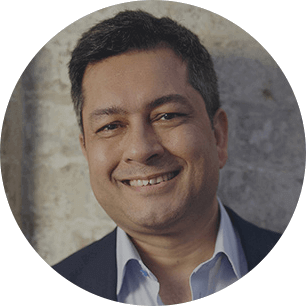 Rishabh is Board Director of Ascender since the acquisition in May 2015 by Private Equity firm Potentia, of which he is also Managing Director. Rishabh has over 20 years’ executive and board experience spanning the private equity, healthcare, software and consulting industries. During his time at SHPS, Rishabh led the sale of their HR Outsourcing business to ADP, in addition to the sale of Landacorp to EXL Services. Prior to joining SHPS, Rishabh was co-founder and CEO of Abilizer Solutions, Inc., a software firm in San Francisco (sold to BEA/Oracle). Rishabh is a graduate of Tufts University with a Bachelor of Science in Electrical Engineering and Quantitative Economics, and holds a Master of Business Administration from Harvard Business School. 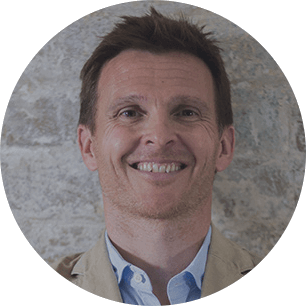 Adrian MacKenzie is a Director on the Board of Ascender, and founder of Five V Capital, where he has made several successful investments in both established and venture capital businesses. His recent success includes the acquisition of Ascender, becoming the major shareholder in Madman Film & Entertainment, and the successful exit of his investment in Mysale, where he remains a director. His venture capital investments include Canva, Standard Media Index, ImageBrief and Parcelpoint. Prior to Five V Capital, Adrian was Managing Partner and board member at private equity firm CVC Capital Partners (London), where he worked on numerous transactions before moving to Hong Kong to help establish the Asia Pacific business, and then to Sydney to open the Australian office. During this time, he completed many significant transactions including Pacific Brands, Tech Pacific, Affinity Healthcare and Nine Entertainment. Having become a Managing Partner and board member, Adrian left CVC after 17 years in 2012. Adrian’s career began in corporate finance with J. Henry Schroder Wagg & Co Ltd, in the London and New York offices. Adrian holds a Bachelor of Science (Hons) in engineering and economics. 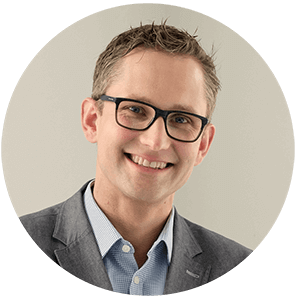 Andrew is the Chief Executive Officer of Ascender. Prior to his appointment, Andrew was the Head of Strategy and had been instrumental in transforming customer satisfaction and experience levels. He has extensive strategy experience including as General Manager of Strategy, Planning and Innovation at Coca-Cola Amatil and, prior to that, as a management consultant with Bain & Company. Andrew is also a member of the Board of ReachOut Australia and holds a Bachelor of Engineering (Honours & University Medal) from the University of Sydney and a Masters of Business Administration (Distinction) from London Business School. 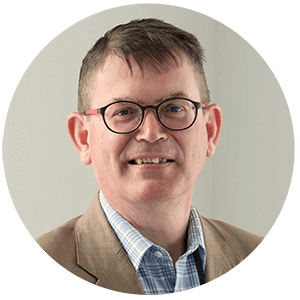 Neil is the Chief Financial Officer of Ascender. He comes with over 30 years of Strategic and Senior Finance experience. Prior to joining Ascender, Neil has held a number of Senior Corporate Finance Executive roles in both ASX listed and private equity backed companies. Most recently he has applied his skills in the arts sector as one of the founders and Executive Chairman of the Australian World Orchestra. Neil has a strong background in financial reporting, mergers and acquisitions, strategic planning, market analysis, budgeting and forecasting, capital management funding, treasury and cash management. He holds a Bachelor of Economics from La Trobe University. 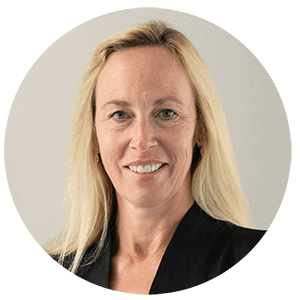 Tracey Peverell is the General Counsel of Ascender. With experience in both private and in-house law practice, Tracey’s senior lawyer roles have focussed on operational compliance issues, Global IT Services, logistics, financial services, and large mergers & acquisitions transactions. She has implemented compliance programs through effective engagement of stakeholder management and the broader network, engaging with all levels of personnel from Senior Stakeholders to mentoring junior staff to facilitate the best outcome of the business. Tracey has an LLB from University of Sydney and is admitted to practice in both Australia and the United Kingdom. 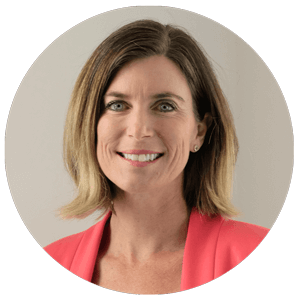 Kelly is the General Manager of People & Culture in Ascender. With 15+ years HR leadership and change management experience, she has successfully led mergers and acquisitions integrations, organisation design and cultural transformation initiatives. Prior to Ascender, she was the Director of Haematology and Oncology business unit at Amgen Australia, with leadership roles in executing HR strategies to drive profitability and increase employee engagement. Kelly has a Masters of Business Administration from the University of New England, Human Resources Management in Asia certificate from INSEAD and has completed the Foundations of Directors course. She is currently a member of the Australia Institute of Company Directors. 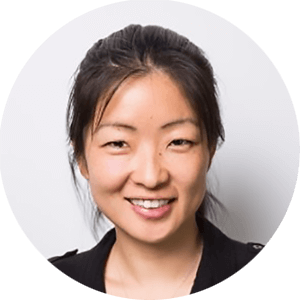 Reika is the General Manager for Growth & Strategy for Ascender. She comes with 15 years of commercial experience with expertise in Strategy, Operations and Sales having worked in top-tier consulting and high-growth tech. Before joining Ascender, Reika was Head of Mid Market Sales at Linkedin for Australia and New Zealand. Prior to moving to Sales, Reika was Head of APAC Sales Operations playing a key role in the company’s annual financial planning and forecasting, developing go-to-market strategies and managing internal sales policies. Reika started her career at Bain & Co, specialising in strategy cases across multiple industries. Reika holds an MBA from INSEAD and Bachelor of Aeronautical Engineering and a Bachelor of Science from University of Sydney. 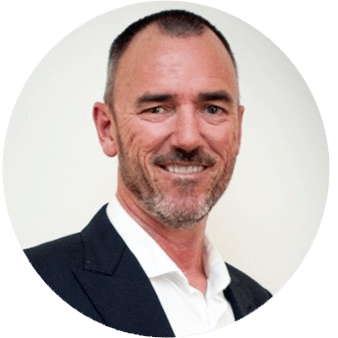 Scott is the Chief Product Officer at Ascender. He has extensive experience in leading local and global software organisations, with proven successful outcomes in Sales, Marketing, Strategy and Product Development, M&A, Capital Raising, BPO and SaaS. Prior to Ascender, he was the CEO of Emprevo, and prior that, the CEO of Learning Seat, the largest online compliance training company in Australia where he worked closely with PeopleStreme. He also spent 10 years developing his own document workflow SaaS business, and spent a successful few years at one of  Australia’s largest public listed companies, ComputerShare. Scott started his working life out as a member of the Victoria Police Force and has spent time in different roles; his most favourite being a member of the dog squad. 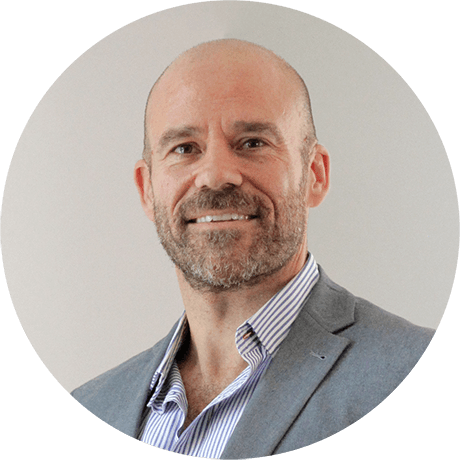 Richard is the General Manager for Ascender Cloud Services. He has an extensive background in Workplace Relations, HR and HR Tech. Richard immediate role prior to Ascender was as Chief Customer and Operating Officer from Flare where he was responsible for building the business from inception, including launching their payroll offering. Prior to Flare, he founded enableHR, a cloud-based, which he grew to over 8,000 customers across ANZ. Prior to that, he was with a leading specialist Workplace Law firm and held a number of roles in corporate affairs along with pursuing other entrepreneurial ventures. Richard also holds NED roles and is Chairman of the Australian Rugby Agent Accreditation Board. Richard has a Bachelor of Commerce (Employment Law and Industrial Relations) and an MBA from Macquarie Graduate School of Management. Inna is the General Manager of Asia Services at Ascender. She has extensive regional experience in senior strategic and commercial technical roles, with her most recent role managing SAP applications for BHP. Inna led many highly complex multi-regional implementation of robust process optimisation and compliance within the enterprise space. Inna holds a Masters of Science (Economics) from the Hanken Swedish School of Economics in Helsinki. Sandy is the General Manager of ANZ Public & Enterprise Services at Ascender. Sandy possesses 20+ years expertise in the HR and Payroll space, across both operational and leadership positions. Prior to joining Ascender, he worked with organisations such as Western Australian Education and Western Australia Police agencies. Sandy has a strong track record in ensuring the success and satisfaction of Ascender clients, through his effective delivery of project implementation and consulting. Sandy holds a Masters of Business from the University of Western Australia. Brian is the General Manager of Japan Services at Ascender. He joined Ascender from Workcloud Inc, Ascender’s Payroll/Time and Leave/HRIS platform in Japan, which he started in 2014. Brian’s strength is in the web technology arena, and he has been an active executive in the IT startup space in Japan since 2000. Prior to that, Brian has had other careers as an investment banker in Tokyo/Hong Kong, as well as international sales at Mitsubishi Corporation. He holds a Chemical Engineering degree from the California Institute of Technology in Pasadena, California.

Stay in the loop on the latest company news, research highlights and benefit from a range of useful resources.